” For the natural man is an enemy to God, and has been from the dfall of Adam, and will be, forever and ever,unless he yields to the enticings of the fHoly Spirit, andgputteth off the hnatural man and becometh a isaint through the atonement of Christ the Lord, and becomethas a jchild, ksubmissive, meek, humble, patient, full of love,willing to submit to all things which the Lord seeth fit toinflict upon him, even as a child doth submit to his father. ” –  Mosiah 3:19

Hello!! I have now been a Newfie for 1 week and boy have I learned a lot!

Things are going very well here in Corner Brook! We’ve been teaching so many people this week! We have 6 investigators currently and 4 of them are new from just this week and we have lessons set up for this next week with 2 more potentials so we are really moving forward!!  We had Zone Conference this week, so President Pratt flew out here. It was in Gander which is about 4 hours away!   We rode with the Elders and let me just say.. it was some great entertainment!!   The best is Elder Darches voice cause he sounds exactly like King Julian on Madagascar!   He had eaten so much food and drank 3 slushies on the way home and his companion looks at him and says, ” Elder our transfer goals were 220 and 180, at this rate we will never get it.” and in the most serious voice with a completely straight face ever he says,    “Elder, slush is more important than my goals in life, do not question it.”   It was hilarious!
But anyways, in my interview with President Pratt he said that he knows he called me out to the middle of no where to really hasten the work, and I have seen God use me as his instrument this past week more than ever in my life!!  As a New Missionary, part of our training is to invite the people we teach to be baptized.. on the FIRST lesson.. let me tell ya, I have never been looked at with such confusion in my life!   But it actually really is an amazing experience and people do feel the spirit enough to commit!!  We were able to commit 2 of our new investigators to Baptism this week… Phil and Morgan.. So I hope they stick with that commitment! 🙂
Knocked on the door of a lady this week, and it was just her and her handicap son! Her eyes started to fill up with tears as she began to tell us about how she was from the states and had been completely rejected from her family and her Visa feel through so she was deported back to Canada.  She said she is too old to help take care of her handicap son and she cant get a job, and she has no friends because nobody will help her because of her son. We began talking to her about how we knew that Heavenly Father had sent us to her, and that we were called of God and she was just so grateful and happy!!   We have our first lesson set up with her this week so I am excited to get to know her some more!!
There are some members in the Branch here,  and they are so so sweet!!:) He will ONLY refer to his wife as his queen and they are a little older.. its so cute!!  They call themselves the Super Newfs!   Anyways, They invited us to their home this week and I found out they built their house themselves!!  Now you would think since I am only in Canada that things wouldn’t be too different here, BUT,  their home looked normal on the outside, but on the inside they have no ceiling, its just blankets and sheets stapled to the walls to cover up the inside of the roof!! And they have no lights, so they just use daylight and use lanterns and flashlights!  They are the most humble and amazing people in the world, and they would do absolutely anything for the missionaries!   I just love them.   Now this isnt how all the houses are here, but some of them are!!  They all look like just normal houses but inside they are very simple! But the people are so humble!!
We were talking this week about a small town called Sheeves Cove that is about 2 1/2 hours away, and that is going to be one of our focus points this transfer so we will be driving a lot!! We have no members there, but the town has no churches and people out there feel very alone so I am excited to start opening that up!!  One of the most exciting things about being a missionary out here is that when I got here I could tell everything was a routine and we did about the same thing every day, but that is not my personality, and I was not about to make my life a routine.. So I love how much room there is to explore, new finding ideas and getting creative out here!!   At least once a day I am on the phone with the Couple Missionaries who are the Branch President and his wife, (they are from Arizona) and I am proposing new ideas to them and almost always it ends in a, ” well I never thought of that” So I really hope that things can continue to progress!!
I love my mission president so much!!  President Pratt!!  He is so funny, and definitely understand the 19- 20 year old mind!!  We skype with him every Sunday night, and he cant even make it through the call without making at least 20 non irrelevant jokes or having a complete laughing attack!!  Its a great time!!  He is also one of the most spiritual men I have ever known!  He really knows so much about the gospel and is helping me to grow so much!!
I love you all so much and I love what I am doing!!:)  I feel like everyday I become a little stronger and a little closer in harmony with my Heavenly Father and that is so humbling to me to know that he really does care about each of us individually!!   I feel his love for you every day!!
Until Next Time!! – Sister Kilmer 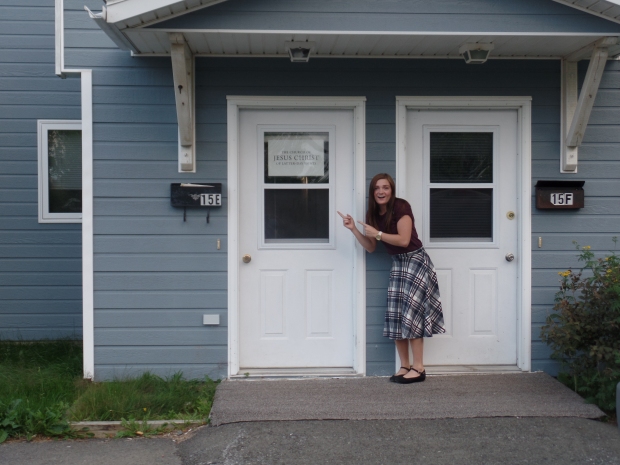 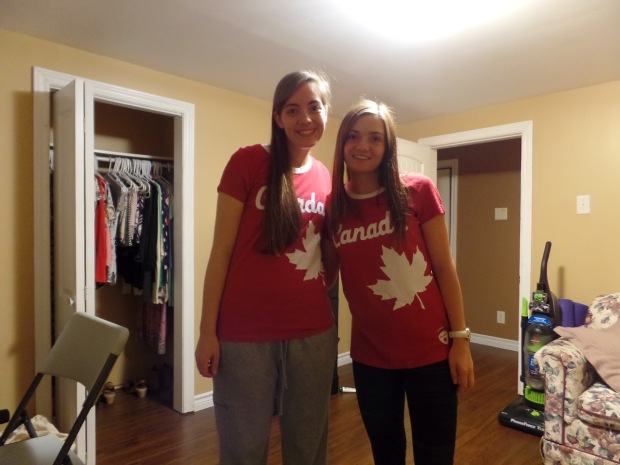 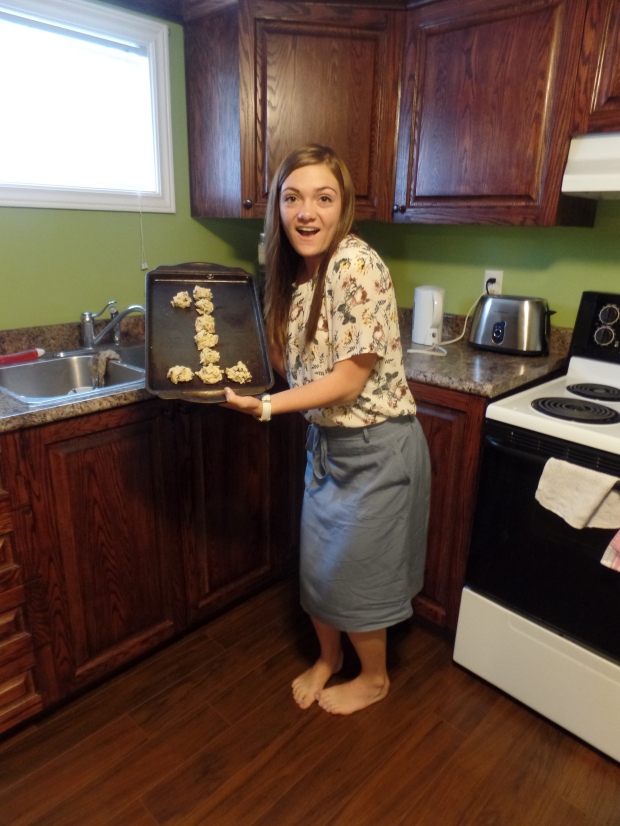 Celebration of my 1 Month Birthday!! 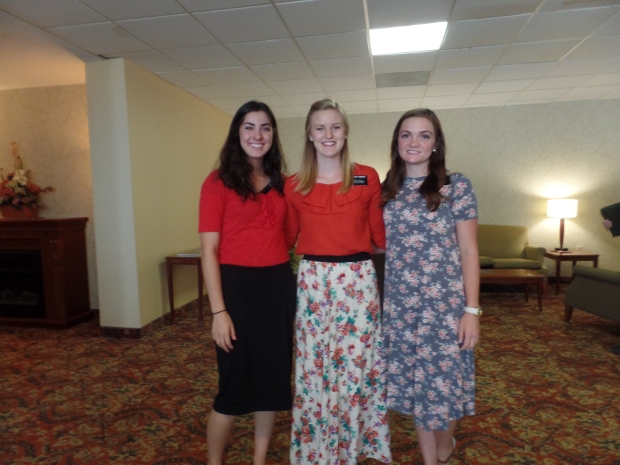 For more missionary blogs like mine, go to: http://preparetoserve.com/canada-halifax-mission 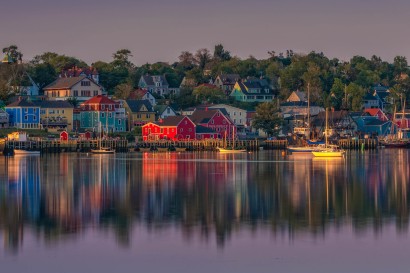